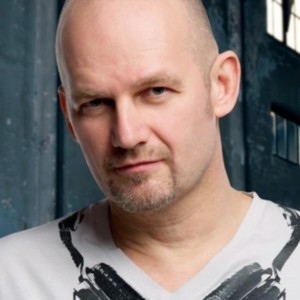 Ben Liebrand (born September 27, 1960 in Nijmegen ) is a Dutch DJ who was able to record international hit parades, especially with remixes of well-known pop works.

Ben Liebrand started out as a DJ in his hometown in 1976. From 1983 he presented the radio program In the Mix on the Dutch broadcaster Radio Veronica . His first remix was She's so devine from The Limit group. In 1989 he landed with the remix of Jeff Wayne's Eve Of The War at number 3 in the British charts and at number 9 on the Dutch charts. The number 1 hit Holiday Rap by the duo MC Miker G & Deejay Sven was also a Liebrand production. He produced other well-known remixes from Salt'N'Pepa ( Let's Talk About Sex , You Showed Me , Whatta Man ), the Sugarhill Gang ( Rapper's Delight ) , Phil Collins ( In the Air Tonight ) , Sting ( Englishman in New York , Mad About You ), Tony Scott (Move to the Bigband) , Alexander O'Neal, Genesis and Grace Jones . In addition to the "Minimix" series (remixes, some of which were produced for DMC - Disco Mix Club - but are continued at irregular intervals to this day and broadcast on Radio Veronica), he brought successful megamixes with the approx. 100 best Club and Dance titles of the respective year, mixed in an approx. One hour non-stop mix, under the name "Grandmix". In the years 1983-1992 these appeared only on DMC for DJs as LP and were broadcast on Radio Veronica. The 1988 and 1989 grandmixes were also available on CD. These were published by the DMC (Disco Mix Club). The series has been revived in a new form since 2000 and is continued to this day annually with special editions such as "Grandmix Summer Edition", "Grandmix Disco Edition" and others. The mixes contain around 100 songs in three hours and are available to everyone on CD. The covers of the new series were all designed by Ben Liebrand himself. The original grandmixes, which were created between 1983 and 1992, were milestones in the scene, which later remixers like Andreas Peine aka DJ Deep - u. a. known from the Megamix series Deep Dance - as well as DJ Sandstorm, Studio 33 and Oliver Momm.

From the beginning to the middle of 2009, Ben Liebrand was a DJ at the private radio broadcaster sunshine live , where he alternated with George Morel and Tiësto for the program "Warm Up ... in the Mix".
Friday
11:00 - 12:00
Grandmix